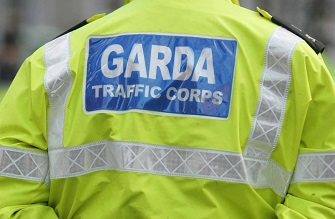 Provisional statistics for 2016, published by the Road Safety Authority (RSA), show that there was a 15% increase in road traffic related fatalities in 2016 compared to 2015. In order to keep drivers safe on the roads, road traffic regulations continue to develop to keep pace with our driving behaviours.

There are a large number of ‘penalty point’ and ‘fixed charge notice’ offences of which motorists now have to be mindful when they are driving.   These include a Fixed Charge Notice offence for motorists who drive with defective or worn tyres on their vehicle announced by the then Minister for Transport, Tourism and Sport, Paschal Donohoe in April last year.

In December 2016, the Oireachtas passed the Road Traffic Act 2016, which allowed for the drug testing of drivers’ saliva both in Garda stations and by the roadside. Under this Act, drivers can be tested for four different categories of drugs – cannabis, cocaine, opiates (e.g. morphine and heroin) and benzodiazepines (e.g. Valium, sleeping tablets and some anti-anxiety medication).

Under Section 39 of the same Act, it shall now be an offence for the owner of a vehicle to allow their vehicle to be driven by a learner driver who is driving unaccompanied. This provision was introduced in response to the tragic deaths of a mother and daughter in Kilworth, Co. Cork in 2016 when their car was struck by a learner driver.

This year, in response to growing public concern about cycle safety on our roads, the new Road Traffic (Minimum Passing Distance of Cyclists) Bill 2017 is being published by Ciarán Cannon TD. This new law, which Mr Cannon hopes will pass before the summer recess, aims to make it an offence for drivers to pass cyclists too closely. Drivers who breach the new rules would face an €80 fine as well as 3 penalty points.

Pre-Legislative Scrutiny has commenced on the Road Traffic (Fixed Penalty – Drink Driving) Bill 2017, which was approved by Cabinet early this year. This Bill provides for an automatic 3-month disqualification for drink-driving. Currently, first-time offenders are not necessarily disqualified, and can pay a fine and have three penalty points endorsed on their licence.

Hughes Murphy Solicitors can assist you with all your Road Traffic Offences queries.